Asheville by Foot is honored to be featured in National Geographic Magazine Online.

Congratulations to the team that that put together the new documentary on Julian Price for being named Best Community Development Film in the New Urbanism Film Festival. It was a privilege to serve as a consultant (and talking head) for this important project that tells the story one of the key figures in Asheville’s Renaissance. 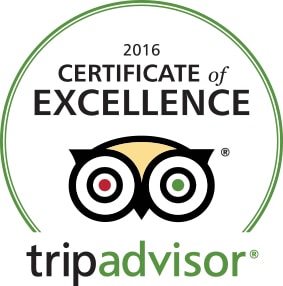 Asheville by Foot has been awarded a TripAdvisor 2016 Certificate of Excllence for its consistently high reviews over the past year.  Our thanks to all of our reviewers!

Asheville by Foot Featured in 50 Things to Do in Asheville on ExploreAsheville.com

If you’re looking for things to do in Asheville, then consider this list your primer to the many activities available in the Blue Ridge Mountains. Whether you’re a first-time visitor, or perhaps well acquainted with the flare of this Southern Appalachia getaway, here are 50 ideas to help you see, do, and explore the best Asheville has to offer. Be sure to check out number 37.

Still have a couple of gifts to get this Christmas? Consider an Asheville by Foot Gift Card which can easily be ordered (and generated) online at www.ashevillebyfoot.com. 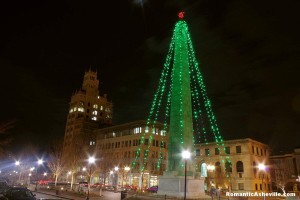 Asheville by Foot features in VisitSouth.com

Guided & self-led tours in the Paris of the South

Find a Plethora of Activities in Western North Carolina
http://www.travelroads.com/north-america/find-a-plethora-of-activities-in-western-north-carolina/

Asheville by Foot is Dog Friendly

Asheville by Foot Walking Tours was featured recently on the website www.bringfido.com as a pet friendly activity while in Asheville.

The Answer Man, John Boyle, of the Asheville Citizen-Times was recently asked about the many rumored tunnels in Asheville.

Question: The underground tunnel/subway system — Does it exist, or is any part of it accessible anywhere? I found this link on a recent WAX string:http://toto.lib.unca.edu/findingaids/books/nolen/jpg/nolen_page028.jpg

Are there any existing accessible tunnels anywhere? Any photos? I assume the subway was never built but have heard the rumors of speakeasy tunnels connecting downtown. Some allegedly connect to Pack’s Tavern and the Masonic Temple. I helped renovate the building where Jimmy John’s is downtown a few years ago when the basement was the Red Room dance club. During the basement remodel we found a doorway behind some plaster while working on the foundation. The doorway would have led directly under the street (Biltmore avenue). Behind the doorway was bricked up, and was covered back up. Is there a tunnel under Biltmore Avenue?